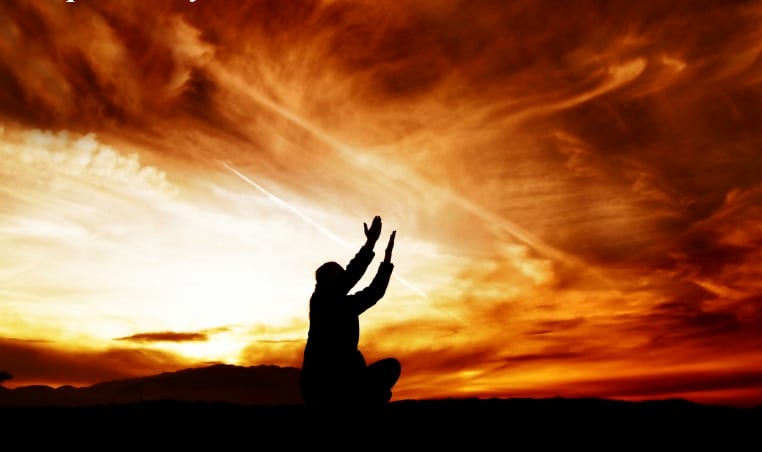 What is a stronghold? Does it have a valid context in the bible and can that be applied to addictions, problems and conflicts?

In biblical times, strongholds were fortresses of protection used to hide from the enemy on the battlefield. A stronghold, therefore, represented a place of security from the oppressive elements of battle. In the spiritual battle of our lives a stronghold acts this same way – but depending on where that stronghold has been built, it can have dramatically different results. For example, Psalm 94:22 says “But the LORD has become my stronghold, and my God the rock of my refuge.” This is a picture of God acting as a safe haven and point of security. This is a stronghold that buffers us from the enemy.

However, the Bible also reveals that strongholds can be fiercely oppositional to our well being. They can be the very places where the enemy traps us into systems of thinking, feeling and behaving that single-handedly destroy our lives. 2 Corinthians 10:4-5 says:

We are humans, but we don’t wage war as humans do. We use God’s mighty weapons, not worldly weapons, to knock down the strongholds of human reasoning and to destroy false arguments. We destroy every proud obstacle that keeps people from knowing God.

In this context, strongholds are something to be rid of; something that obstruct our ability to know God. To know God is to have faith to believe He is real even though He can’t be seen, and then to pursue Him intimately in relationship. Through that relationship, we are fed and nourished by His truths and His purposes for our lives. To be kept from the knowledge of God, therefore is a state of being blinded and bound – as if we were taken away from life-giving resources. Imagine a fortress in your heart that is designed to keep  you away from God by overtaking your mind and heart with wrongful ideas, mindsets and attitudes. This is a stronghold.

Strongholds are not reserved for people filled with total and complete darkness and evil. That’s why Christians are so easily deceived. Very simply, strongholds are lies that become our truths. Strongholds eventually can erupt into addiction, codependence or numerous other ailments. But those are the effects, not the cause of a stronghold.  In 2 Corinthians 10:4-5 notice that the reference to a stronghold is “human reasoning and false arguments”. This is referring to the chatter we house internally in our everyday situations. We analyze, think, build conclusions, develop reasonable truths that become so much a part of who we are. Overtime, we can adapt thousands of false beliefs that are our inward truth. We typically normalize these lies (strongholds) and reject the remedy of truth.

Strongholds are spiritual, but show up in our soul. Our soul is composed of our mind (thinking), emotions (feeling) and will (choosing). Just because a person is Biblically literate doesn’t exclude the potential for strongholds. Strongholds (lies) are much deeper than surface level,and often times we don’t even know what we’ve agreed with as truth in our heart. Once we come in agreement with a lie, our perception of ourselves, God and others gets tainted. Depending on the information we are digesting, this can be extremely toxic.

A man uses heroine as a way of managing his fears. He feels powerful and insists his life is manageable. He rejects any help and places his addiction above everything and everyone. His stronghold isn’t just the drug, but hundred of messages he believed that brought him to the point of wanting to leave reality through a substance.

A teenager believes she’s “fat” even though her thin figure weights in at only 65 pounds. She continues to starve herself to death and will not adhere to the insistence of those who say she needs help. Her stronghold isn’t just an eating disorder, but rather it’s her low self image and the obsessive way she’s tried to control how she is viewed.

A woman is abused by her boyfriend but faithfully remains in the relationship and is unwilling to leave in the name of “love.” She protects him and rejects people who want to help. Her stronghold isn’t just the boyfriend, but the lack of value and preciousness she has assigned to her life. She believed the message at some point that she didn’t deserve to be treated with love and dignity.

A child is ignored and neglected early in life, feeling invisible and unwanted. He brings that sense of rejection into all future relationships, recycling its message over and over again. His relationships suffer, but the lies he believed at a young age are the real problem.

There are thousands, perhaps millions of ways we can believe a lie as truth. But how can we actually find those lies?  We don’t learn by studying the lies, but by understanding God’s perspective in all situations.  Pursuing truth is the greatest feat in the Christian journey, especially in a culture that contradicts it at all levels. Many times Christians mistake knowing and memorizing God’s Word as the complete source of truth, believing that intellectualism can solve their inward crisis. Learning God’s Word is vital – but it’s not enough. Just as a fancy piece of gym equipment has no effect unless its used and applied, so God’s Word has to be “worked out” into us for it be effective. We desperately need for God to take that Word and place it into our heart like a flashlight. When we see our shortcomings, the lies we believe and the spiritual needs we house, we become positioned to let God change us. His greatest act of love is helping us find the mentalities, behaviors and choices that are creating barriers to us “knowing Him.” This can feel uncomfortable, but it is, in reality, the way He delivers from perilous battle conditions. We are then transferred into the safety of His love and protection. His goal is to become our stronghold.

What about you? What lies have you believed? If you don’t know where to start, pray for Holy Spirit to reveal it and ask God to send truth into your heart. In program, our main focus is to help people identify where those strongholds have been built and to transfer unhealthy strongholds into God’s hands.  This happens by doing a fearless inventory, and being willing to submit to God’s truth. Oftentimes, we don’t know that a lie exists because they can rise up quietly within, creating obstructive messages without us even knowing they exist. Issues from childhood, abuse, negative relationship and the culture at large are typically the culprit.

Here are some ways you can try to capture and demolish strongholds in your own life.

Pray to the Father to help you see and comprehend the strongholds and beliefs you might house. Be open to their existence, and ask to visualize them like a fortress that the enemy has resurrected in your soul. Allow righteous anger at the enemy to give you the courage to pursue what lies within. Refuse to let fear prohibit you from seeking truth’s remedy.

Inventory yours thoughts and continue to assault them as they try to get placement. Trace your emotions and behaviors back to potential lies that you are believing.If you know of an area of weakness (addiction, relationship struggles, low self esteem) find resources specific to that area so you can better identify this. This might be a 12-step meeting, a workshop, counseling, treatment or a friend you know has similar issues.

Stay in God’s Word, even if only in small increments. God’s Word is the power you have to speak over lies. God’s Word is literally like an arsenal. It can detonate strongholds, just so long as we believe in the words and through faith activate them.

Ask for help. Seek prayer, support from others and maintain a connective community as a lifestyle where you can hear from others in a similar battle as your own. Isolation is where all strongholds are formed.

A Prayer to Overcome Strongholds

Help me to overcome the power of the lies I harbored, protected and listened to as my truth. Show me where lies have taken ownership of my heart. I submit myself to you so you can shine light into the darkness, and you can expel the tactics of the evil one. I choose to take hold of the weapon of truth. Make me hungry and thirsty for your Word – and help me to not only read your Word, but let it become my nature – who I am. Claim my heart to be a safe haven to your Truth, and protect that Truth at all costs. I cast out the lie that ____________________ and I replace it with the truth that ___________________.

Read more about God and Addiction